Skip to content
» Articles » The SwingFlex Check Valve as a solution to valve, pump and pipework blockages

The SwingFlex Check Valve as a solution to valve, pump and pipework blockages

It is widely appreciated that the blocking of a typical weight and lever swing check valve can be the cause of regular site visits to a wastewater pumping station.  Visits can also be attributed to the blocking of associated pumps and pipework and result in costs reaching thousands of pounds a year in particularly troubled sites.

The design of a typical weight and lever swing check valve has multiple ‘snagging’ points where material can get caught and rags can build up.  This prevents the valve from sealing and fails to prevent back flow of the media nor does it protect the pump from high surge pressures – a check valves’ primary goals!

Weak point common areas include the components of the hinge and the valve disc connection point. The Swing-Flex check valve simply is without these problems as it is a resilient hinged check valve, with no exposed components within the hinge and the integrated and fully encapsulated disc forms a single component.  The benefit is that the simplistic design offers no points of purchase for material within the media. 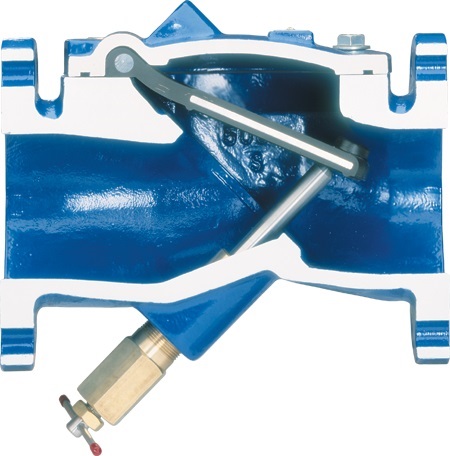 The body is 100% ported and a 4” unit will allow a 3” solid to pass unhindered whilst the raised 45° seat reduces the likelihood of solids becoming trapped between the seat and disc as can be found with a typical swing check or ball check.  Also since the valve is fully opened at lower flow rates there is less restriction allowing the media to pass more freely.

The Buna-N elastomer is perfect for an environment of Hydrocarbons and hydrogen Sulphide and does not suffer the deterioration that generally occurs with EPDM in these environments.  Drop tight seating is repeatedly achieved even after years of operation in abrasive environments as a result of the hard wearing Buna-N disc with moulded O-ring seal.

Valves installed in some sites throughout the UK where blockages occurred regularly have been reported to have not been re-visited since installation. It appears that by having a valve that doesn’t block and allow back flow, the pumps and associated pipework also remain free of blockages. 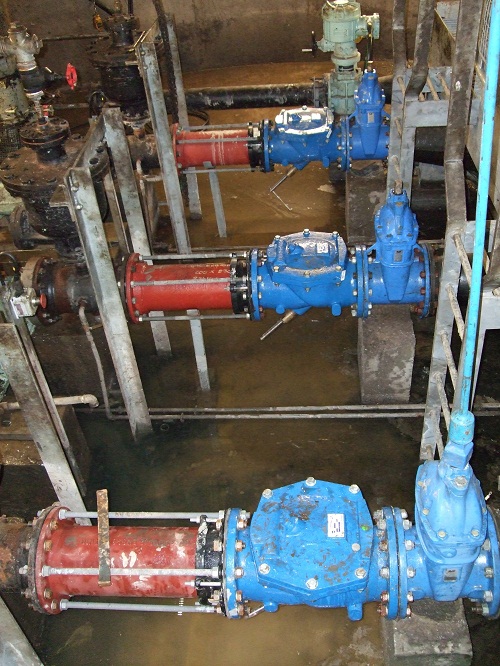 Is this a fit and forget valve?  If so the reduction in maintenance costs alone would very quickly justify the replacement of existing installations.  If you have installed this valve tell us what you think!