The work of one of the UK's most celebrated engineers, John Logie Baird, will remain on British soil after an anonymous donor helped the University of Glasgow to buy his historic maiden trans-Atlantic television transmission. 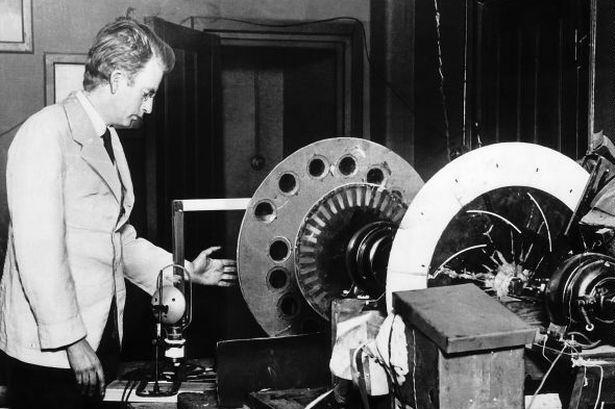 Scotsman John Logie Baird changed the world forever when he invented television. It is a feat of British engineering to be rightly proud of, which is why a businessman from Baird's hometown of Helensburgh, Argyll and Bute, stepped in to buy one of the world's earliest surviving video recordings.

With an asking price of £78,750, Baird's 30-line vertically scanned image recording was put on the 'treasure trove' archive earlier this year. A limited period export bar was introduced to encourage a British buyer to come forth and preserve this timeless moment in history. Thankfully, the inventor's countryman donated funds to the University of Glasgow for them to make the purchase.

The University of Glasgow is now in the process of buying the recording, as well as radio log books used by Baird's assistant Benjamin Clapp that contain the world's first-known use of the acronym TV.

The donor, who has chosen to remain anonymous, said: "I am delighted the collection has been saved and is now coming home. It charts such an important period of modern engineering history, so I felt it could not, and should not, leave these shores to move abroad. It needs to be shared for future generations.

John Logie Baird was a Helensburgh man and a Scottish pioneer who helped change the world, and with his ties to the University of Glasgow I think it is only right and proper that this important collection should be coming to the university, and hopefully it will help inspire future pioneering engineers

The phonovision shellac disc, dating back to 20 September 1927, is the world’s oldest surviving 78 rpm video recording and features images of Baird’s famous ventriloquist dummy Stookie Bill, which he used when developing his revolutionary mechanical scanning broadcasts. It was recorded during his transatlantic television trials but was not actually transmitted until February 9 1928, marking one of Baird's earliest television broadcasts.

The University of Glasgow already owns a vast collection of Baird's work. He was a student at the University from 1914-1915 where he studied engineering. He cut short his studies when he tried to voluntarily sign up for war duties in 1915, but was turned down on health grounds.

Professor Anton Muscatelli, principal of the University of Glasgow, said: "We're proud of the fact that John Logie Baird is an alumnus of the University of Glasgow, and so it is fitting and immensely exciting that these important items, which catalogue the world-changing work he was conducting at the time of his engineering breakthrough, are preserved here in Scotland and at the university where he studied."

Culture Minister Ed Vaizey added: "It's fantastic news that the John Logie Baird collection has been saved for the nation. He and his team made the UK a world leader in 1920's television technology, including the first-ever transmission of trans-Atlantic television pictures. This collection will be incredibly important for the study of the history of television, and I'm delighted that it will remain in the UK."