Four exciting young British engineers are in line for the Royal Academy of Engineering's prestigious Launchpad Competition for their breakthrough inventions including an inflatable incubator for premature babies, a biodegradable tent for festivals, a magnetic gas bottle monitor and a medical device for kidney dialysis. 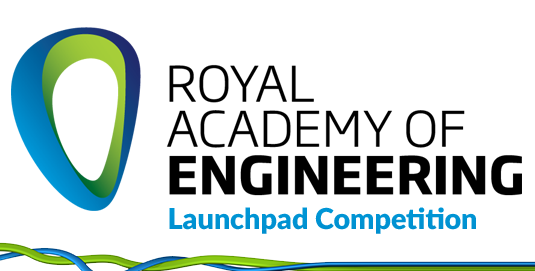 The Royal Academy of Engineering's Launchpad Competition helps up-and-coming 16-25 year old entrepreneurs to start innovative technology start-ups. It gives them access to training, mentoring and networking opportunities – not to mention a £15,000 prize and the JC Gammon Award, which includes a year’s membership to the Enterprise Hub.

James Roberts, 23, has already won a 2014 James Dyson Award for his portable, low-cost inflatable incubator that could help reduce mortality rates among premature babies throughout the developing world. According to the World Health Organisation, seventy five per cent of premature baby mortalities could be avoided with basic incubation technology. Robert's invention, which runs for 24 hours via a car battery and costs a thirtieth of the price of traditional incubators, could be the answer.

Amanda Campbell, 23, has designed Comp-A-Tent; the world’s first fully compostable, plant-based tent that biodegrades within 120 days. The biodegradable tent – which required a complete overhaul of the traditional tent design to accommodate the new materials – is intended to combat the waste caused by 100,000 abandoned festival tents destined for UK landfill sites each year. Campbell hopes that her £50 invention will be bought by some of the one in five festival attendees who dump their tents at festival sites.

George Edwards, 19, has developed a magnetic strip that, once attached to any gas bottle, sends real-time data about gas consumption to a smartphone app. It is estimated that around 900m bottles are used across India, that Europe’s leisure industry uses 60m gas bottles, and 96 per cent of Brazilians use bottled gas for daily cooking. Edwards has already received backing from Richard Branson and has taken an order for 450,000 units from a major supermarket chain.

Sorin Popa, 25, has developed a ‘stent graft’; a small tube that eradicates the need for invasive surgery for kidney dialysis. Stent Tek is pioneering a new way to use a small covered tube – known as a 'stent graft’ – to connect vessels in virtually any part of the arm through needle-sized punctures. It could eventually be used by surgeons as an alternative to open-heart surgery for coronary bypass operations. Popa has already won a £1m grant from Imperial College London and aims to bring the technology to market by 2018, by which time it could save the NHS an estimated £45m each year.

This year's finalists are testament to the fantastic ideas that the younger generation is capable of generating. Our panel has seen ground-breaking ideas from 16 to 25-year-olds with the potential to save lives, transform the leisure and tourism industry, aid the developing world and lower our carbon footprint

said Ian Shott, fellow of the Royal Academy of Engineering.