Welcome to our regular technology round up, “The Left Handed Mallet.” Whilst the title is a tongue in cheek reference to a very old joke, the subjects of this tech round-up are all seriously innovative engineering solutions. In this instalment, PIF looks at London’s first driverless cars, 3D specs for praying mantises and the next evolution of micro-robotics. 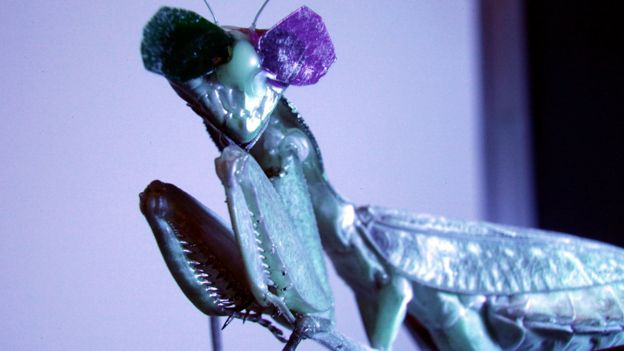 Every now and then PIF likes to spotlight three eye-catching technological advancements that could well be game-changers in their field, and they don’t get much more impressive than the following engineering gems.

London's first fully driverless cars, automated pods adapted from track-based shuttles, are about to hit the streets of Greenwich later this summer. The £8 million GATEway project, which is jointly funded by Innovate UK and industry, has brought together three British engineering firms – Westfield Sportscars, Heathrow Enterprises and Oxbotica – to collaborate on the project.

The fully British engineered vehicles are expected to shuttle 1.5 million passengers over 3 million kilometres at the UK's biggest and busiest airport for almost five years. "We are hoping to extend the trial period to include running it as a short service where members of the public can book to use the shuttle vehicles over defined routes," Professor Nick Reed, the technical lead of the project, told Mashable.

Researchers at Newcastle University have created 3D glasses for a praying mantis (really!), comprising 0.2 inch (7mm) green and blue lenses fixed to the insect’s head with bee's wax. Why?! Well, they presented 3D stimuli that provoked an attack response from the mantis.

“If researchers can tease more detail and understanding out of insect depth perception and perhaps the underlying neural functionality, it may be possible to formulate a faster or simpler algorithm for robotics and other rapid depth/distance applications,”

Microbots use the force!

Researchers at Indiana’s Purdue University are working on mini force field type technology to manipulate the movement of microbes, which could revolutionise medical and manufacturing applications. Using minuscule planar coils, they were able to produce individual magnetic fields. Thus, allowing independent control of each microbot and opening up the possibilities of performing tasks through cooperative manipulation.

"Think of ants. They can independently move, yet all work together to perform tasks such as lifting and moving things,” said David Cappelleri, assistant professor of mechanical engineering at Purdue. Current microbots weigh in at a mere two millimetres. However, Cappalleri’s team envisage creating a new breed of super-svelte microbots that measure just 250 microns – the size of a dust mite!

People under the age of 40 are highly likely to achieve 'electronic immortality' during their lifetimes. In other words, all their thoughts and experiences will be uploaded and stored online for future generations to come. That's the remarkable prediction of futurologist Dr Ian Pearson, who laid out his bold prediction in the lead up to The Big Bang Fair 2016.

Dr Pearson not only believes technology will allow humans to merge with computers, he also believes that this will create an entirely new species called Homo optimus. Oh, and he claims that all of this could happen as soon as 2050. We think this is definitely one to watch!