Titanium's immunity to atmospheric corrosion, lightweight structure and the highest strength-to-density ratio of any metallic element makes it an ideal material for industrial manufacturing. PIF takes a closer look at some real life applications for the Titan of the metal world. 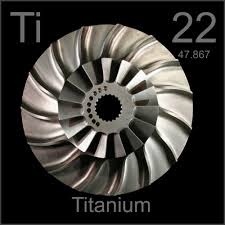 Titanium is used in many applications in the construction of industrial equipment. For example in piping systems or heat exchangers in the chemicals and offshore industries. But also in process instrumentation for pumps and valves.

It can be found in aircraft construction (The aerospace industry is the largest user of titanium products), medical implants, sports goods like tennis rackets and golf clubs, spectacle frames, jewellery, paint pigmentation, paper and many more. Titanium is also used in chlorine preparation (membrane electrolysis) and the manufacture of PTA.

At the peak of the Cold War, President Eisenhower called upon Lockheed Martin’s advanced development group, Skunk Works, to build an aircraft that couldn't be shot down. It needed to fly for long periods at speeds exceeding 2,000mph. Conventional airframes would melt under the atmospheric friction of those types of speeds. Pioneering new breakthroughs were needed across the board and fast; with a deadline of just 20 months.

“With anticipated temperatures on the aircraft’s leading edges exceeding 1,000 degrees Fahrenheit, dealing with the heat raised a host of seemingly insurmountable design and material challenges,” according to Lockheed Martin. “Titanium alloy was the only option for the airframe —providing the strength of stainless steel, a relatively light weight, and durability at the excessive temperatures,” they add.

However, Skunk Works were to be repeatedly frustrated by the embrittling effect of conventional cadmium-plated steel tools on the sensitive alloy – one that had never before been used in such abundance to build a plane. Their innovative solution? To design and fabricate new tools out of, what else, Titanium. After a lick of black paint (which prompted the SR-71's nickname) the world's first supersonic Titanium-framed fighter jet took to the sky for its maiden flight on 22 December 1964. 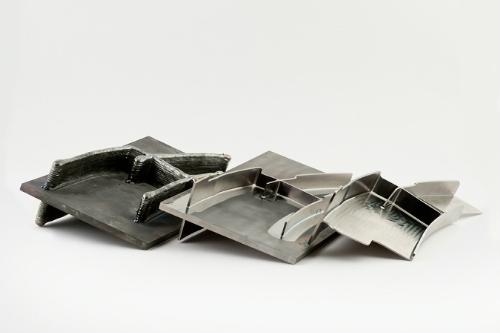 According to a PR Newswire press release, “NTiC has developed a 'near-net-shape' manufacturing technology that enables titanium components to be built up close to the final shape using titanium feedstock instead of a large titanium block. The process reduces waste, uses less energy and is significantly faster.”

It adds, “The process transforms titanium feedstock into complex components that are up to 70 – 80 percent complete. Traditional titanium machining may utilize only 10 percent of the raw material with 90 percent of it discarded as waste. In addition to significantly reducing the amount of raw material used, the process provides much shorter lead times, design flexibility, and reduces the overall cost to machine parts.”

Measurement and control technology expert Jumo's Midas C18 SW benefits from a compact design and outstanding signal stability. This enables the transmitter to record relative pressures in organic and mediums containing chloride, making it suitable for laboratory technology or for use in the water and waste industry.

“The C18 SW has a piezoresistive, ceramic-based pressure sensor that uses thick film technology,” according to South African Instrumentation and Control. “It provides excellent long-term stability and also an overload resistance that is three times the final measurement value. The oil-free measuring cell keeps hysteresis effects to a minimum.”

They add, “The ceramic measuring unit is integrated in a titanium process connection and enclosed in a sturdy case. This ensures high corrosion resistance and opens up application in areas such as seaweed desalination or reverse osmosis plants.”

Do you use titanium-based products in your everyday processes? Let us know, we'd love to hear your thoughts about this unique metal.

I have over 30 years experiencing managing and owning Process Industry companies. As a trained engineer with a Masters’ degree in C&I, I have significant technical product and application knowledge