Welcome to our regular technology round up, “The Left Handed Mallet.” Whilst the title is a tongue in cheek reference to a very old joke, the subjects of this tech round-up are all seriously innovative engineering solutions. In this instalment we look at London's iconic double decker buses, artery unblocking micro-bots and IBM's chip technology breakthrough.

London's iconic crimson double decker buses have remained largely unchanged for decades. Until now that is, amid news that China’s BYD will be supplying electric battery packs to power zero-emission buses on one of the capital's bus lines. If successful, this could pave the way for Transport for London's (TfL) entire fleet to one day become fully electrified. The project has been hailed as “another world first” by Mayor of London, Boris Johnson. 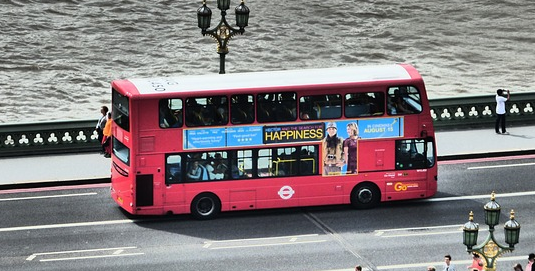 The buses – capable of driving more than 155 miles, even during peak traffic hours – will be powered by lithium iron phosphate (‘LFP’ batteries). They will feature in-wheel traction motors that offer low-floor loading options, along with regenerative braking to reduce brake component wear.


Mechanical engineers from Drexel University and South Korea’s Daegu Gyeongbuk Institute of Science and Technology have pioneered microscopic robotic beads that could one day assist surgeons to unblock arteries. These so-called 'transformer' robots are iron oxide beads that link using chemical bonds and a magnetic field that can be manipulated to control their speed, direction and vital corkscrew movement.

Engineering professor, MinJun Kim, told ENGINEERING.com: “Micro-robotics is still … in its infancy when it comes to medical applications,” says. “A project like this, because it is supported by leading institutions and has such a challenging goal, is an opportunity to push both medicine and micro-robotics into a new and exciting place.”

IBM has made a significant breakthrough in the next stage of miniaturising silicon chips, which means Moore's Law (the rule describing the growth of computer power) will continue. The tech giants say that they can now make chips that parts 7nm (nanometres) wide. The equivalent of 1/1,000th of a red blood cell and half the size of the smallest current parts. The challenge now is to replicate these lab-based results in an upscaled manufacturing environment – something that they and their partners, including Samsung, are investing around $3bn (£1.95bn) into with a fabrication plant in New York state.

The BBC reported: In an interview with the New York Times, IBM said it had overcome the problems by using channels made of silicon and germanium on key parts of processors, so the tiniest elements of the chips worked well. And it had found a way to use very narrow wavelengths of ultraviolet light to etch components and stack transistors closer together so they did not interfere with each other.