Behind the scenes at Jaguar Land Rover’s Halewood manufacturing plant

A brand new premium vehicle rolls off the production line at Jaguar Land Rover's Halewood plant on Merseyside every 82 seconds. These highly customisable, intricately fabricated, machines are a feat of British engineering that still embody Maurice Wilks' original 'go-anywhere, do-anything' concept, just with 21st century precision, as PIF found out on a tour of the factory. 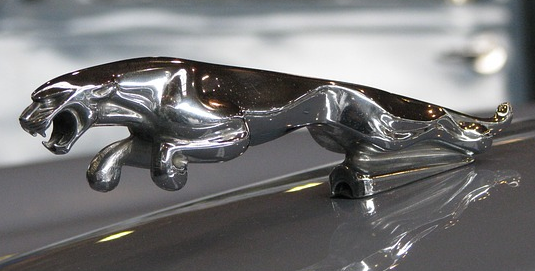 Standing in the vast, hangar-like expanse of Jaguar Land Rover's (JLR) Halewood press shop, near Liverpool, it's hard to imagine that the 10-25 tonne rolls of high quality steel before us will be moulded and manipulated into luxury vehicles a mere 48 hours later. But, in the space of a 3.5 mile journey, that's exactly what happens.

A staggering 120,000 tonnes of steel and 17,500 tonnes of aluminium are pressed on an annual basis at the giant press shop, which operates non-stop 24 hours a day, seven days a week. Each car requires a grand total of 400 panels. They can press a panel every second. That's 58,000 every single day and a whopping 26 million a year. JLR's current new toy is their £45 million new Aida press that can hammer out an astonishing 1,200 panels an hour.

As those rolls of steel are pressed, drilled and sculpted you can see the vague outlines of various chassis components taking shape. A door panel here, a front wing there. Further down the line, a legion of more than 670 Kawasaki and ABB robots lift these hunks of metal as if they were polystyrene.

These £100,000 robotic cells performed 850 million spot welds in 2014, with a near faultless weld integrity return of 99.9 per cent. They're so clever that they even sense when their copper weld tips need cleaning, and will pause to adjust themselves to avoid any downtime. These indefatigable machines play a critical role in the production of more than 900 cars a day.

Of course, as advanced as JLR's robotics and mechanisation tools are, they are the first to admit that its their highly skilled workforce that add real value to their vehicles. Since 2010 JLR's Halewood workforce has increased three-fold to meet demand. While just this month the UK's largest automotive employer announced plans to launch the industry's first academy.

The Jaguar Land Rover Academy, in Partnership with the University of Warwick, will provide an accreditation framework for all education and training undertaken by their global workforce of 36,000 – starting with their UK employees. JLR plan to invest £100 million into the centre.

Writing for The Telegraph, Dr Ralf Speth, Chief Executive Officer of Jaguar said: “Given that Jaguar Land Rover accounts for one in five of all automotive industry jobs in the UK and more than 70pc of R&D spending in the sector, we have to ensure that our training and skills are the best in the world.

“A skilled workforce, engineering and manufacturing products of world-class quality, is essential to increasing that contribution,”