Plans to generate electricity from the world's first series of tidal lagoons have been unveiled in the UK. There are six lagoons in total, one in Somerset and Cumbria and four in Wales. They will take incoming and outgoing tides behind huge giant sea walls and use the heaviness of the water to power the turbines.

The cost of the plan

The cost the Swansea scheme is £1bn and is thought to be able to produce energy for 155,000 houses. The cost of generating power from the Swansea project will be extremely high, but the firm behind the scheme says subsequent lagoons will be able to produce electricity a lot more cheaply. It says six lagoons could generate 8% of the United Kingdom’s electricity for an investment of £30bn. Energy Secretary Ed Davey has said he’s keen to back the project. 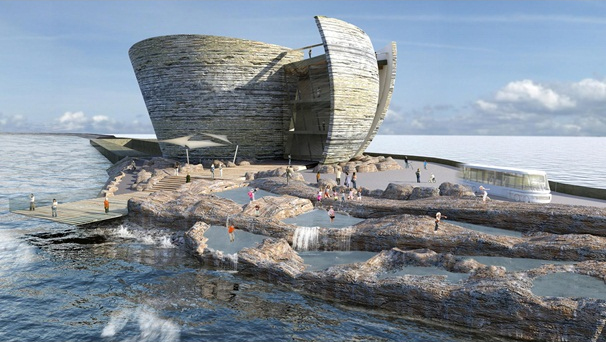 As well as Swansea, the proposed lagoon sites are Newport, Cardiff, and Colwyn Bay in Wales, Bridgwater in Somerset and West Cumbria. Each will require engineering on a grand scale.

How does the lagoon work?

With the plans being unveiled a lot of environmental concerns have also risen with a previous plan for a barrage on the River Severn to create tidal power was scrapped after environmentalists protested it would prevent the daily exposure of mud flats vital for wading birds. However, the Swansea lagoon plan is becoming more widely accepted as it does not impede estuaries, as it allows the tides to flow as normal albeit delaying each tide inside the lagoon for a few hours. Anglers though are worried about the impact that the lagoon will have on fish. They are concerned that the fish will not migrate to spawn, which they are only just recovering from after generations of pollution.