The Pros & Cons of Fracking – A research study

Here at Process Industry Forum we've been taking a keen interest in fracking, a method of obtaining underground natural shale gas which has been in the news lately. Fracking hit the headlines initially in the UK when the people of Blackpool experienced two minor earthquakes allegedly due to Fracking; they were quickly blamed on a local fracking plant, and protestors gathered in their masses to try to put a stop to the controversial energy source. 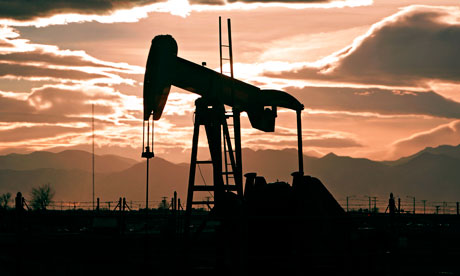 The media quickly picked up the story, and a flurry of fracking horror stories and negatives emerged, regardless of the government's eagerness to take advantage of one of the UK's most abundant natural energy resources. As we discussed in a previous post, the government recently received a serious warning that if it doesn't update the UK's energy strategy soon, the country could face future blackouts. Fracking seemed like the ideal solution; there could be 1,300 trillion cubic feet of shale gas under the North of England, and a resouce on that scale could make the UK self-sufficient when it comes to gas energy.

Not only that, but an infographic on Fracking that we recently created pointed out that if fracking is take up worldwide in favour of coal or oil, then we could reduce our carbon emissions by as much as 50%. It all sounds wonderful, right?

Sadly there seems to be many emerging downsides to fracking also. Not all effects are proven to be a direct result of fracking, but dangers such as contaminated drinking water, methane leakages, earthquakes and pollution are all looking like real factors to worry about. However, there are stringent safety procedures at all fracking plants - hopefully that could put our minds at rest.

We at PIF were intrigued to find out whether all these safety warnings were worrying the general UK public, so we decided to conduct a study to find out how worried people are about fracking.

We asked 1000 people in the UK; "How Concerned Are You With Fracking In Your Area?", respondents were asked to rate their feelings on a scale of 1-5, where 1 indicates "Not at all concerned.", and 5 indicates "Extremely concerned.", these were the results: 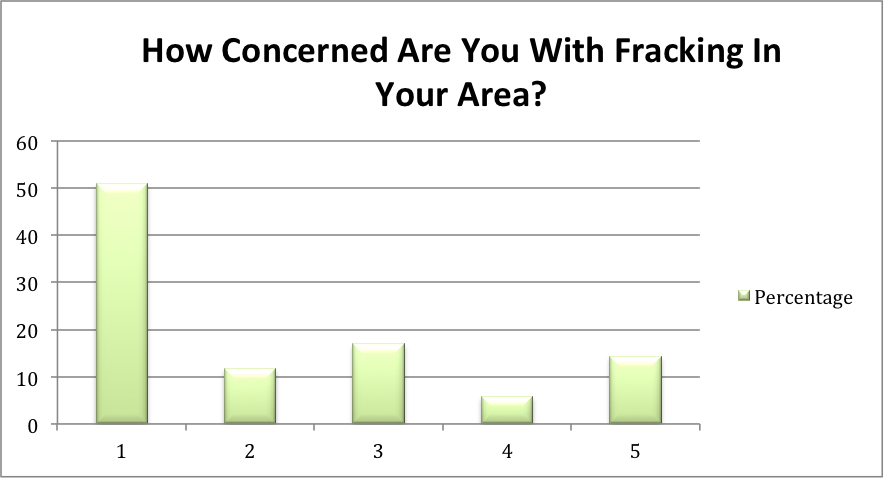 As you can see a shockingly significant number of people responded with the lowest possible rating, meaning 51% of UK respondents are "Not at all concerned." with fracking. We initially believed the results would show an incline to the higher ratings because of the media backlash and general negativity towards fracking, but even the average response leans towards the lower ratings; the UK average response was just 2.2.

We decided to break down the results, to get a better analysis of the data. Initially we decided to split the results by region; we expected to see considerably more 4 and 5 ratings in the Northern regions, especially in the North West as this is where the Lancashire fracking earthquakes and protests happened.

Again we were surprised, as our results showed that the North West's responses were similar to those across the UK; people located in the North West replied with a 1 in 46.3% of cases. The percentage of respondents who replied with a 5 in this area was also only slightly different - 20.6% compared to a UK score of 14.4%.

Are you surprised by the results of our fracking study? Let us know your thoughts. Tweet us @PIFalert  or leave a comment below.