The Pros and Cons of Wave Power

As wind and solar technology has progressed at a rate of knots the poor relation in the world of renewables, wave power, has been slow to make a splash. But with several large-scale developments embracing the 'motion of the ocean' could this ultra-clean form of energy finally be ready to surge into life?

How does wave power work? 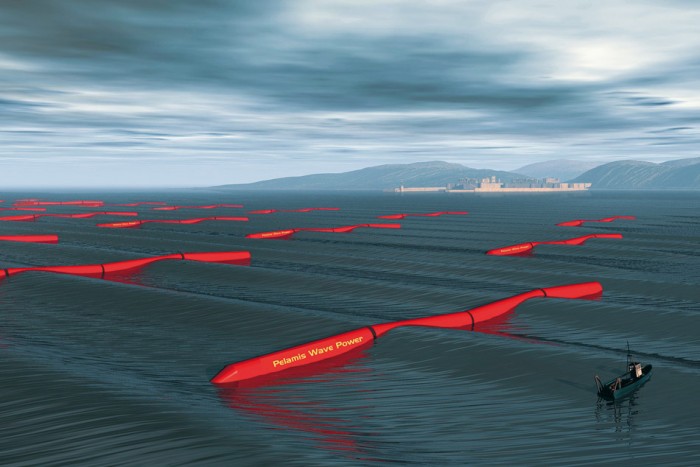 “Saltwater is a hostile environment for devices, and the waves themselves offer a challenge for energy harvesting as they not only roll past a device but also bob up and down or converge from all sides in confused seas,” say the Guardian. “This provides enticing opportunities for energy capture, but a challenge for optimum design.” Indeed, so let's take a look at a few of the working examples that are braving the elements.

Pelamis Wave Power have designed a floating system consisting of five tube sections, linked by universal joints, which flex in two directions and face the onrushing waves. They say, “As waves pass down the length of the machine and the sections bend in the water, the movement is converted into electricity via hydraulic power take-off systems housed inside each joint of the machine tubes, and power is transmitted to shore using standard subsea cables and equipment.”

Ocean Power Technologies' (OPT) 'smart' oceangoing buoys are designed to “capture and convert wave energy into low-cost, clean electricity.” The ensuing up and down motion caused by passing waves is converted “via a sophisticated power take-off” to drive an electrical generator and the resultant electricity is syphoned back to shore through underwater power cables.

M3 Wave's submerged DMP device converts wave pressure into electricity from a fixed position on the sea floor. Put simply, a wave passes over the structure, raising the pressure and forcing air through an air turbine into an air chamber. That air movement causes a turbine to spin, which in turn drives an electrical generator and hey presto – electricity.

What are the advantages of wind power? 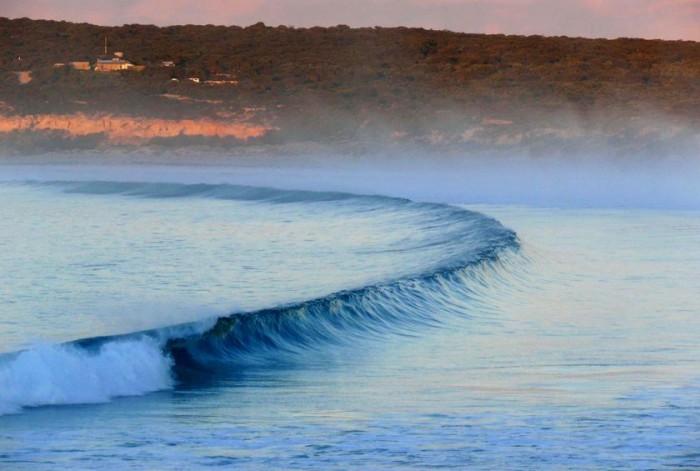 The U.K. government predicts as much as 75 percent of its energy needs could be sourced from the waves and tides combined. Meanwhile, the U.S. Department of Energy, estimates that enough electricity to feed a quarter of all U.S. electricity consumption – 1,170 terawatt-hours per year – could be derived from the waves. Pelamis Wave Power suggest, “It is a clean and renewable energy source and its potential is huge.”

What are the disadvantages of wind power?

It will come as no surprise that money is the main impediment threatening to sink ambitions. Whilst the emerging players perfect the technology thanks to piecemeal government funding, it won't be until major renewables manufacturers – like Siemens and General Electric – wade into the fray that the technology will roll out en masse.

Where is wave power being deployed?

Slowly but surely small-scale wave farms are beginning to take float. There is Pelamis Wave Power’s off the coast of Northern Portugal, M3 Wave's installation just off the Oregon coast, and Carnegie Wave Energy's three giant buoys near Perth, which is predicted to feed into the Australian grid by the end of the year.

Damp squib or crest of a wave?

“In the course of 10 years we have gone from having zero wave energy technologies that are even remotely viable to having several in the water, and on the cusp of commercial viability,” he told the Guardian. “We’re making some really good progress.”