People living in and around Wrexham in North Wales have had their water supply secured for many years to come, thanks to the opening of a new £17m water treatment works on the magnificent Llwyn Onn reservoir.

During the design, build and commissioning of the control system, the Tycon team worked closely with Mitsubishi Electric, the operator Dee Valley Water (DVW) and the main project contractor Black & Veatch. 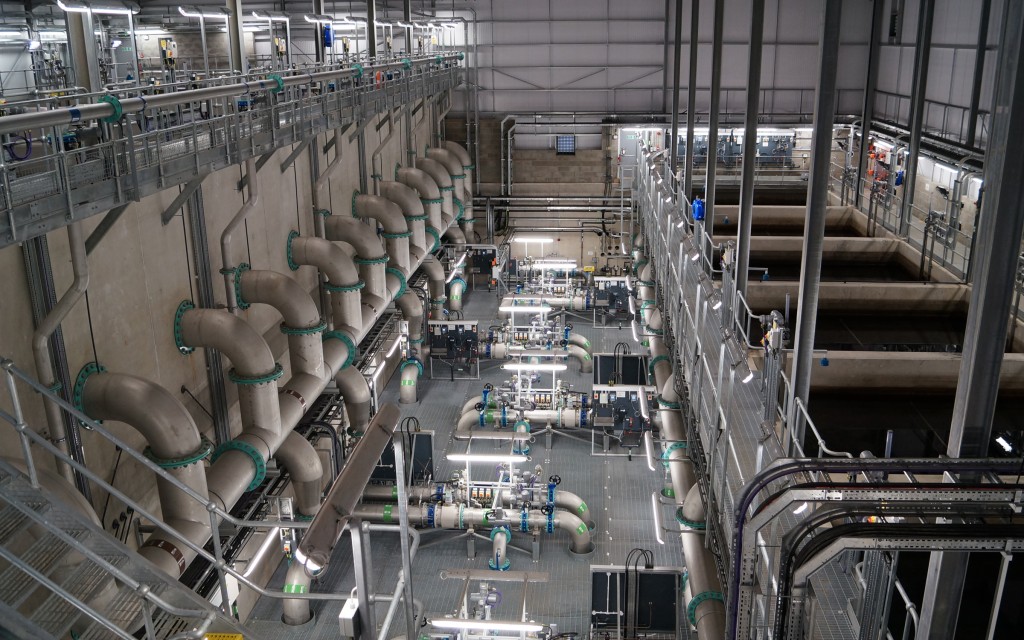 The water treatment process consists of dissolved air flotation (DAF) clarification, granular activated carbon (GAC) filtration followed by rapid gravity filtration (RGF) and a chlorine contact tank before being pumped to a storage tank - from where it is fed into the distribution network. Although this is not the conventional process order, it is an arrangement that has been designed to work in this area, which has the additional issue of manganese to deal with.

A crucial aspect to the control system was the use of a full dual redundant PLC system. Complete with its own CPU, the secondary system is fully wired-in and tested, increasing the system reliability by mirroring the primary CPU so that in the unlikely event of a failure of the main CPU, power supply or base unit, the secondary system can take over within 21 milliseconds from the same control point.

There were elements in the contract specification which in our opinion meant it suited the Mitsubishi hardware. Historically I believe this was a Rockwell site but Dee Valley Water were flexible in their approach and were looking for a fully redundant system. They could see that we had achieved this before with a very reliable fully redundant architecture on a larger system installed on the Isle of Man, which we arranged for them to visit, it meant that we could meet both the performance targets and the price point set for this project.

‘We spoke to Dee Valley Water at length about their preferences and reliability was of paramount concern. The Mitsubishi QnPRH PLCs are designed to work in a redundant set-up and therefore met the specification from the outset. The system was designed with two processor racks and three I/O racks in the main MCC, with 1/3 of the plant on each I/O rack. The system lent itself to being designed this way as the process contains three DAF lanes, six carbon filters and six rapid gravity filters which give an inherent amount of redundancy in the process; we matched with the control system design to provide the most robust engineering solution.

‘The pump motors are mostly controlled by variable speed drives (VSDs) which are connected using a Profibus network. We used separate Profibus networks within the MCC, with separate networks going out into the field to simplify design and increase robustness. We employed Mitsubishi Slice I/O with Profibus interfaces to manage the I/O locally in the field, which reduces cabling and installation costs and works well with the Mitsubishi PLC which will accept most fieldbus network protocols with a plug-in comms module.

‘Speed wise, and because there is a lot of digital and 4-20mA I/O (over a thousand I/O points) including flow meters, level instruments and quality instruments we segmented the Profibus networks to provide maximum redundancy and system resilience. The response time of the PLC however is far beyond what we would need for this application. PID control loops for flow control valves etc are well within the processing capability of the CPU, with the control loops for the chemical dosing system being the most critical. For this application we are talking seconds, rather than milliseconds, which we often work with in other more dynamic higher-speed applications.

‘The Mitsubishi GX Works II software is a nice environment for us to work in, it is easy to find your way around and easy to use. We were able to use function blocks previously developed for water treatment applications by Tycon Automation Ltd, which made the job simpler to realise and enabled us to add value to the project. The flexibility of the programming environment meant that the system architecture could be broken down into function blocks representing all parts of the plant. A remote access VPN link into the site means we can access the SCADA layer and therefore the PLC in real time and can easily interrogate the system to see what the raw code is doing and carry out any fault finding activities. It is important with such a large program to have a logical structure which makes it easy to interrogate.’ 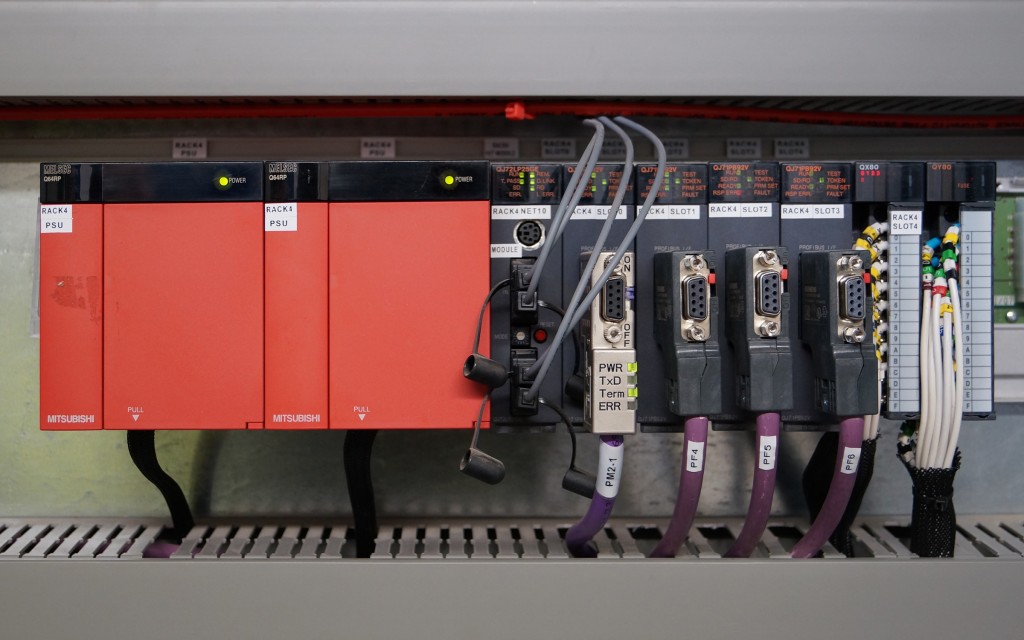 The QnPRH is Mitsubishi’s most sophisticated control solution and represents the top end of the Q Series Automation Platform. It offers a high level of system redundancy which insures complete immunity to process interruptions caused by power or system failures. This is achieved by using a fully redundant architecture that duplicates processors and network links. Hot-swap capability provides an operational level of redundancy. The solution was developed specifically for use in applications where downtime cannot be tolerated for reasons of equipment damage, interruption of service, penalties, or regulatory compliance.

The dual redundant CPUs (control and standby) mean that any failure of the control CPU causes immediate transfer of control to the back-up, preventing system failure or interruption. Synchronization of up to 100,000 words of process data is possible between CPUs per scan. Switchover time is typically around 20-40ms, ensuring a “bumpless” transfer. Because the CPUs reside on physically separate racks, the control CPU can be replaced while back-up maintains system operation. Most parts are interchangeable with standard Q Series systems which controls both purchase cost and total cost of ownership.

If you would like to know more about the project, view the below video.

As the UK arm of one of the world’s leading manufacturing companies, Mitsubishi Electric has been supplying automation products and solutions to the UK for over 35 years.

01.
How Matara has the capability to manufacture bespoke pneumatic cylinders
02.
Ask the experts: What are the advantages and disadvantages of solenoid valves?
03.
Continual investment ensures TRP Polymer Solutions can keep delivering sealing solutions
04.
Discover MGA Controls’ range of chemical resistant solenoid valves
05.
What are the industrial applications for portable air compressors?
06.
How Baumer sensors work to deliver complete hygiene in food processing environments
07.
Catch the wave in flow measurement technology: find out from the experts how the Bürkert FLOWave is proving transformational
08.
How the Val-Matic Quadrosphere valve outperforms standard ball valves
09.
Alco Valves – Meeting the requirements of the Subsea industry
10.
IO-Link solutions for process sensors: the advantages and benefits