Skip to content
» Articles » Advantages and Disadvantages of Compression Moulding

Advantages and Disadvantages of Compression Moulding 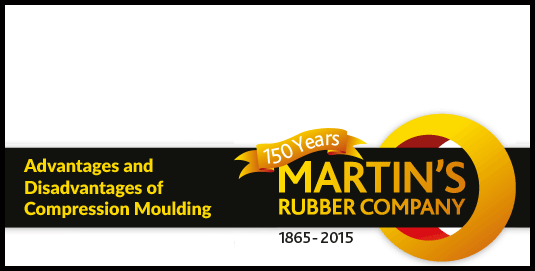 Developed in the 1850’s, Compression moulding was the original method for moulding rubber and is still ideal for manufacturing low to medium volumes of rubber products. It remains a useful moulding process for forming bulky parts. Martin’s Rubber has a wide range of Compression moulding machines, from 5 tonnes up to a 500 tonne press, with a maximum of a 1 square metre press area.

Compression Moulding is a traditional technique that involves taking a rubber compound and making a pre-form that is in the shape of the end product, but is larger than the final shape. A combination of heat and pressure is then used to mould thermoset rubber or plastic resin into the desired shape.

The rubber or resin material is shaped using a heated mould tool, and the clamping pressure of a press is used to force the flow of the material inside the tool. The thermoset characteristic of the material is instigated by this process and permanent chemical change referred to as Vulcanisation for rubber takes place, fixing the shape of the product.

Once this vulcanisation process is complete, the mould is then opened and the part extracted and allowed to cool, maintaining the shape of the mould that produced it. It is important to note that the part has a tendency to shrink during cooling to arrive at its final size. When the press is opened, the tool can be split and the part de-moulded.

This technique can be used to make a wide range of products, such as: wellington boots, machinery parts, seals, gaskets or even door stops and chair feet. This manufacturing process is capable of reproducing the same product a large number of times, but it is not necessarily suitable in all situations.

Here are some of the advantages and disadvantages that relate to Compression moulding as a process, to help you decide if it’s right for you and your product.

Lower cost Tooling
Given that the process does not involve an Injection or Transfer cycle, the tooling has less infrastructure requirements than tools designed for other moulding methods. There is little else needed in the way of additional features, other than the particular features of the cavity itself that will produce the moulded parts, which clearly have to replicate the detail required of the product. Tools can be made of aluminium or lower cost grades of steel which can reduce costs, although any tool must be capable of withstanding the considerable moulding pressures required.

Good for small production runs
The lower capital cost of manufacturing a mould tool, setting up a press and beginning to run production parts means that Compression moulding is the most cost effective method of making smaller runs of parts. There is of course a breakeven point at which the higher capital cost of an injection mould tool becomes viable due to the lower cost of the parts that it makes. Correct assessment of the cost / benefit point is a key consideration when developing the best production solution for a new product.

No gates, sprues or runners
This form of moulding does not use gates, sprues or runners which are tooling features that materials have to pass through in other methods of production before entering the mould cavity. These can consume extra material and therefore cost and can also detract from the cosmetic requirements of a part.

Good for large parts
This form of moulding is best suited to producing large parts that require a significant bulk of material to manufacture. Given that the material is directly loaded into the mould cavity, there is no limitation on the weight of part that can be made, other than the size of press and tonnage required, whereas Injection moulding presses are limited in the weight of part they can produce by the volume of the injection barrel that fills the mould.

Greater waste
Compression moulding is not as precise a method of making a product as injection moulding, due to the fact that the mould cavity has to be overfilled to some degree to achieve the correct pressure to cure the part. It is also often necessary to push air out of the cavity using excess material in order to create a void-free part, which again increases wastage, whereas an injection mould is more precisely filled and the material inherently drives out the air as the cavity is filled. Waste thermoset rubber or plastic generally cannot be melted down and reused so the cost of the part must reflect this.

Higher labour cost
This production technique is fairly simple, however it requires more man power than a semi-automatic injection moulding process to run. The skill level is often proportionately higher, and for larger parts or tools, manual handling may become an issue.

Slower process times
Because the thermal conductivity of rubber and resin is relatively poor, bringing a blank of material up to curing temperature by contact with the hot surfaces of the mould takes time for larger parts, which limits the speed at which parts can be cured and de-moulded. On the other hand, Injection moulding shoots material into the mould that is already at a temperature just below curing, therefore the extra time required to begin cure once the press closes is drastically shorter. Depending on the size of a part, a typical cycle can take around ten minutes, whereas the equivalent cycle of injection moulding would take approximately five minutes to complete. This can make a significant difference when producing parts in higher volume, when production rate and part cost become the priority.

Not suitable for complex moulds
While complex parts can be made using Compression moulding, depending on the material required and the design of the product, it is generally better suited to the production of larger, simpler objects. This is because the limited flow of material within the cavity often makes the elimination of voids, air traps and knit lines difficult when trying to produce more intricate parts.

Contamination
It is much easier to produce clean, consistently coloured rubber parts by Injection or transfer moulding. However, the uncured blank of compound used in Compression moulding can pick up specks of dirt which then simply get pressed and cured into the surface of the part, which the results in poor cosmetic appearance. Despite the part being dimensionally and physically acceptable, this often leads to an increase in reject rates and waste.

Difficult to control flash
Flash is a necessary by-product of Compression moulding due to the need to expel air during the moulding process by overfilling the mould cavity. This flash can also vary in thickness depending on the exact fill of each particular shot, leading to issues with variable dimensions of the part over across the split line. The flash has to be mechanically cut off and, again, is a thermoset material that cannot be recycled easily. The resulting split line witness mark is often more evident than on an Injection moulded part. This may create an aesthetic problem for the customer. Generally, Compression moulded parts require more labour effort to trim and finish them, which can also increase the cost.

Moulds can be damaged
The repetitive nature of this process means that the moulds themselves can become victims of general wear and tear due to manually loaded blanks of material. Quite often, the mould is made to be run loose and is not bolted into a press. This can lead to deterioration of trim grooves and fine details, or in extreme cases, impact damage on mould faces caused by poor handling. 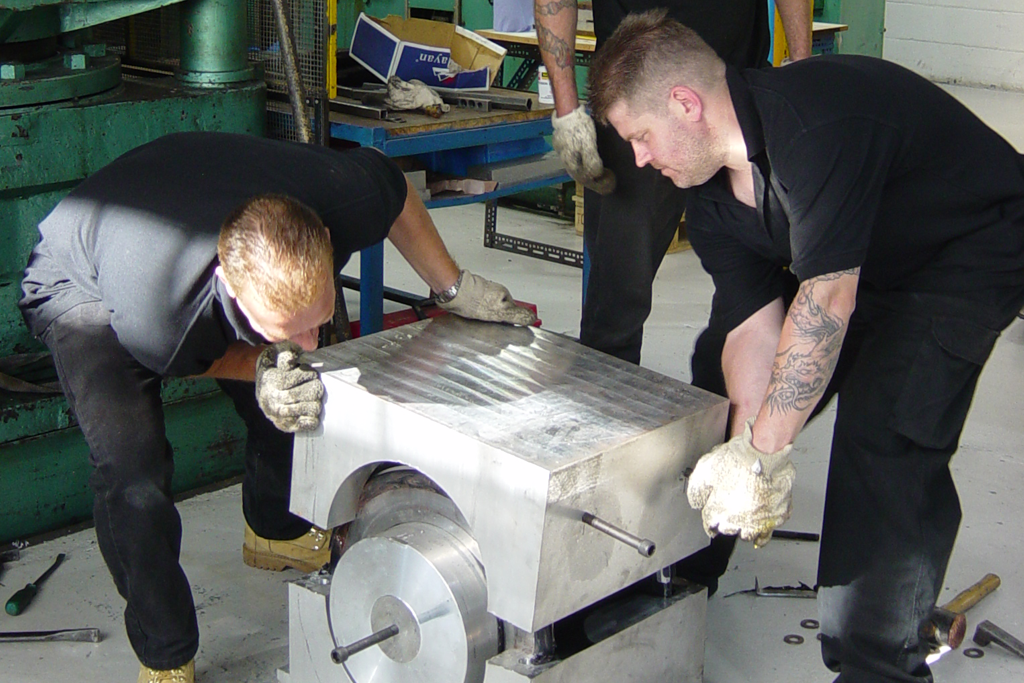 Overall, the process of compression moulding is ideal when used appropriately and can help to keep overall project costs to a minimum, although individual part costs can be higher when compared to other techniques. It is critical to consider all the required aspects of a product, its performance and its life cycle when designing the most appropriate production solution, as each process technique has a different combination of costs, benefits and drawbacks. The proper solution may not require an expensive Injection mould tool and thus even if the part cost is higher, overall, Compression moulded solutions remain as relevant as ever.

Martins Rubber are a rubber manufacturer who specialise in the production and supply of elastomeric products.